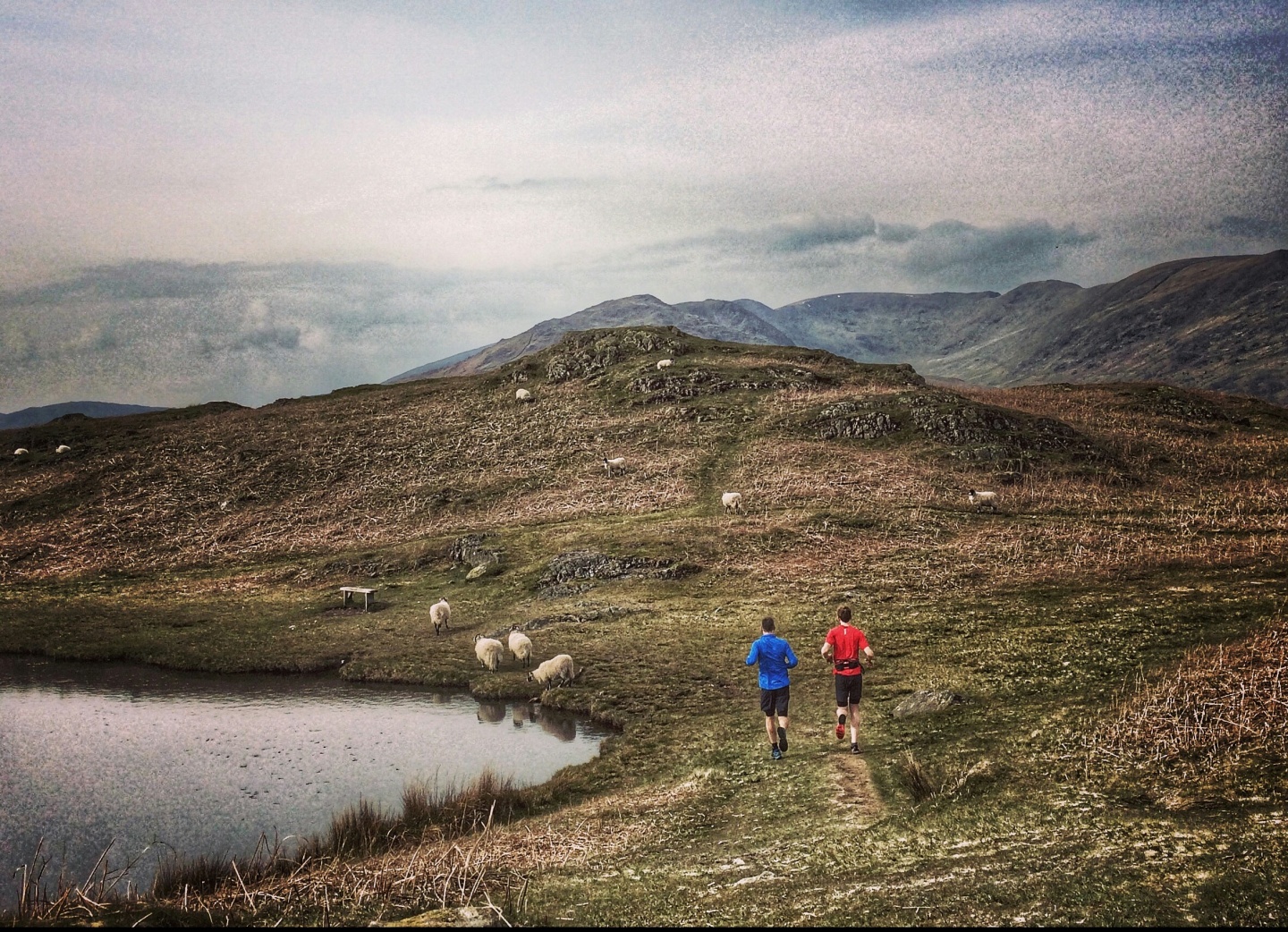 A few false starts and injury plagued cancellations later, it was finally here. We’d given you fair warning, Cumbria.  It was time to hold onto your hats and lock up your Salomons.  Project Ultra was coming to town.

And so it was on an otherwise innocuous Friday, we stepped (or, in Mark’s case, hobbled) into a sunny Lake District afternoon and commenced an awesome weekend of running adventures that would later become affectionately known as ‘Project Ankle’.  Let the good times (foam) roll.

Run One: Be More Labrador

On occasion, when presented with a wide open space within which to run, it can be difficult not to lollop off like a labrador that’s just been let off its leash.  For some reason, Loughrigg is an immediate trigger for this kind of behaviour.  The climbs are gradual and, as you get higher, the landscape transforms into a large (and often boggy) open plateau that boasts a handful of mini peaks and miles of beautiful winding trails.  With our canine senses well and truly engaged, the Project Ultra training weekend got off to a flyer on this Lake District classic.

Armed with a GoPro to capture our every move, we climbed from our accommodation at Brathay Hall and took a long and meandering route all the way to the summit via Loughrigg Tarn.  With Mark’s left ankle still reeling from a nasty sprain a few days earlier, we kept the pace gentle and enjoyable and took advantage of regular photo opportunities.  Our Instagram has never been so popular.

After tagging the summit and spending some time soaking up the incredible views, our route back was “interesting”, as we explored some lesser visited descents. These may, with good reason, remain lesser visited for quite some time – we can report the discovery of a rather different and scree infested side to this otherwise soft edged mini mountain. 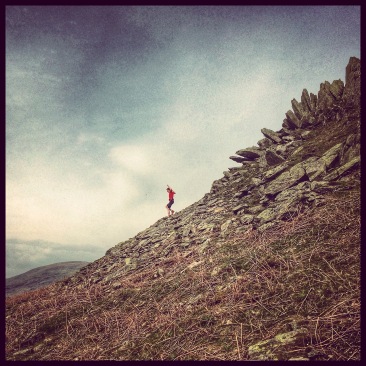 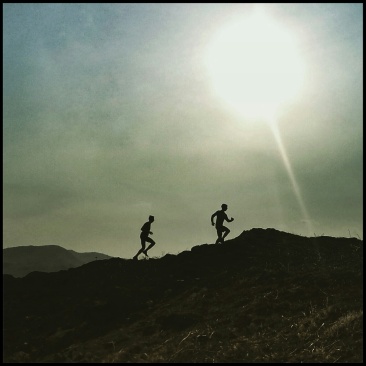 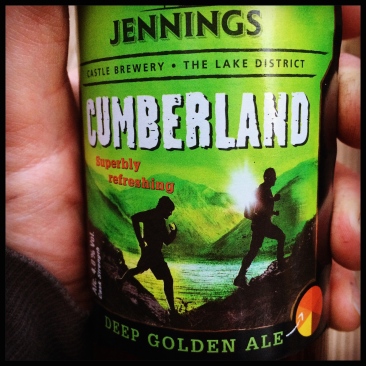 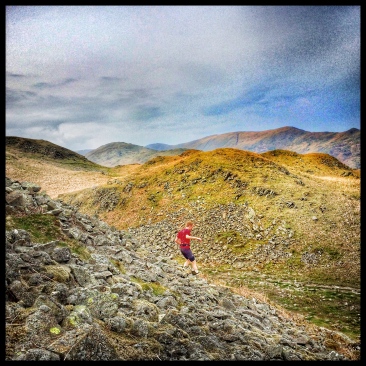 Back on track, a gentle trot had us back at the hotel and then to Ambleside for some well earned food and a few drinks. Obviously we went for the Cumberland – there’s a runner on the label and we had a race the next day.

Lakeland Trails put on some tremendous events and it just so happened that our weekend coincided with a beautiful 17k around Staveley.  It seemed like a great excuse to get our race faces on. See Mark’s race report for more details on how we got on.

Needless to say, we ended the day in the brewery, Mark’s ankle having survived the race and brought him an impressive time and my left ankle now strapped with an ice pack after a nasty twisting five miles in.  We’d both finished the race but there was a certain amount of hobbling going on.

Run Three: A Return For More 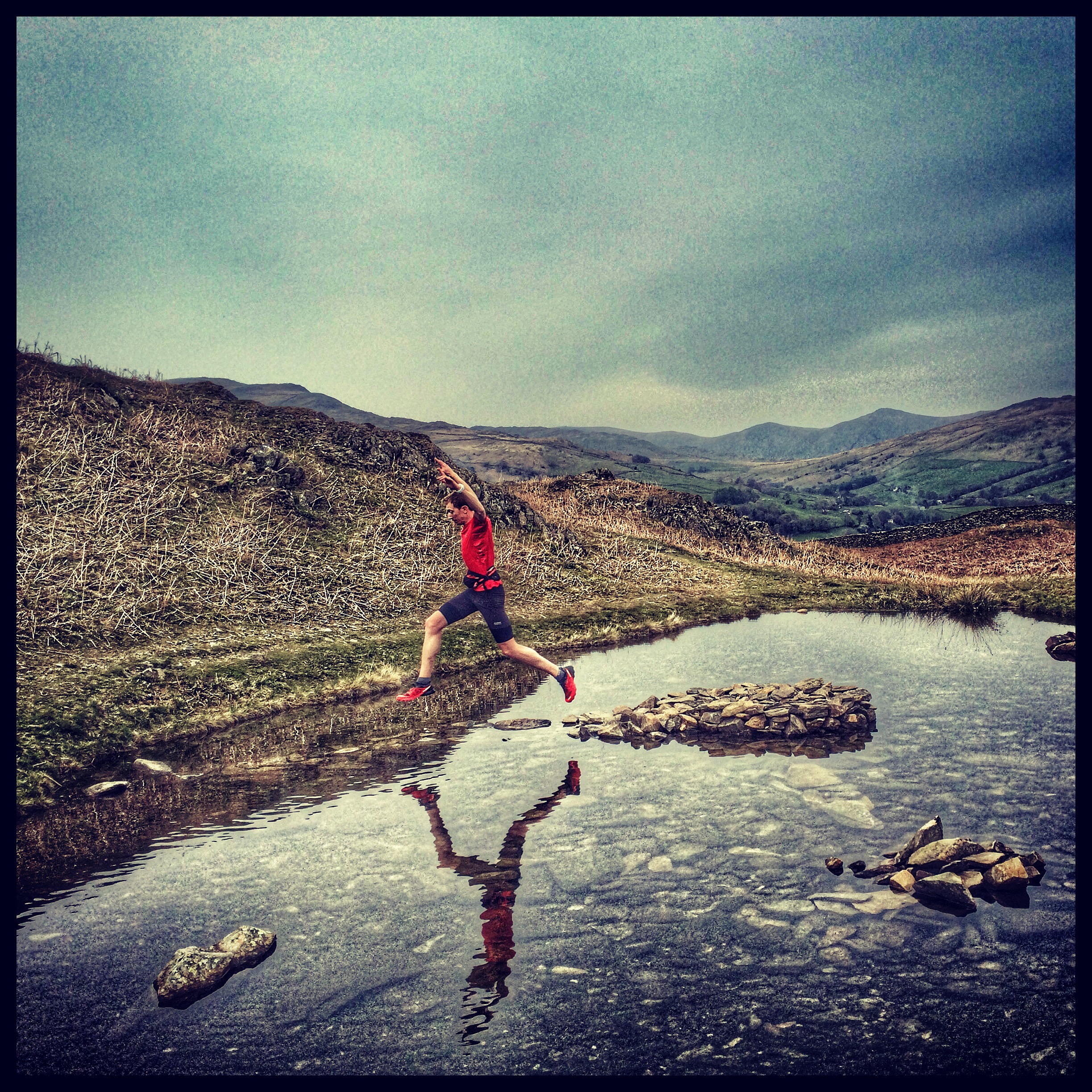 Gluttons for punishment, we headed to Staveley once more for a return match with Reston Scar.  Now both our left ankles were in trouble and it may have been wiser to find a nice clockwise route to hop around.  However, this was supposed to be a gentle leg shaker and we fancied taking in the views that had been a blur during the race.

We set off slowly from Staveley, nursing our respective wounds but enjoying retracing our steps from the day before.  Once up high, we explored some of the many trails that lead from the summit, eventually making our way down the side of the peak and along the road to our cars.

There were no ultra distance efforts or mountain marathons to report.  We’d arrived half fit and left half injured but it had been an awesome weekend. We’d explored, laughed and limped our way to some fantastic and memorable adventures.  Apart from the limping bit, that’s why we came. In fact, let’s be honest, that’s why we run.

Skiddaw did not disappoint! The first time I've been up there and been able to see the view from the top 👌☀️⛰️