After several months of use, Tim Major gives the lowdown on Salomon’s S-Lab Sense Ultra Set

When it comes to running packs, I’m a bit like Henry VIII.  I fall for one, love it unconditionally for a while but then a new one comes along that looks a bit lighter and a bit nicer and I immediately look for an excuse to ditch the current model, condemn it to a grizzly end (or, in this case, some alone time in the spare room cupboard), and invite that lovely new pack to share in my adventures instead. 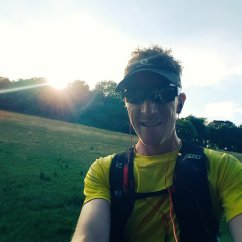 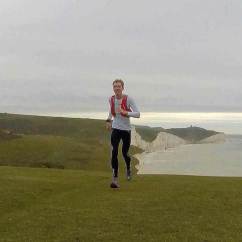 In fact, the spare room cupboard has become a graveyard of former holdalls.  Some were too big for training runs, some began life promisingly but rubbed away the skin on my back after prolonged use and others were actually a little too minimalist in the end.  I was still searching for the perfect partner when I got hold of the Salomon S-Lab Sense Ultra Set in the middle of last year.  I haven’t so much as given an admiring glance to another pack since.

More of a vest than a pack, the Sense Ultra Set suits my needs perfectly.  The two 500ml soft bottles are a wonderful design and, because they reduce as you drink, you don’t get any annoying sloshing when they’re half full.  The bottles sit at chest height and, because you can squeeze them, you can drink without having to remove them from the pack, which really takes the faff out of hydrating on the run.  There are other small pockets on the front and above the hip to stash a phone, some gels and any smaller items of clothing, like hats and gloves.  Then there’s a big stretch pocket on the back to keep bigger items of clothing, such as a waterproof.  You won’t get much kit in there but it holds the essentials.

The best thing about the pack is its fit. Because it’s a very light weight vest, you hardly know you’re wearing it – it’s even less noticeable than a relatively small belt bag.  It doesn’t move around or chafe and I have taken to even wearing it on short training runs.  In fact, it’s so good, I bought it twice (so that I’m not without one when my original is in the wash)!

It’s a relatively expensive purchase but this is by far and away the best running ‘pack’ I’ve tried.  I still haven’t tested it in all scenarios (like carrying a full mandatory kit list in an ultra) but, from several months of training and racing, I know enough to be sure that it would take a seriously strong contender to flash some ankle and condemn the Sense Ultra Set to the spare room cupboard.  I’d thoroughly recommend that you try it.